Ah, Macross. How I missed you. 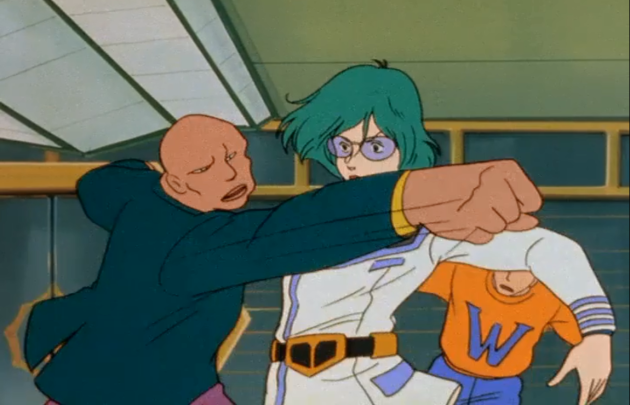 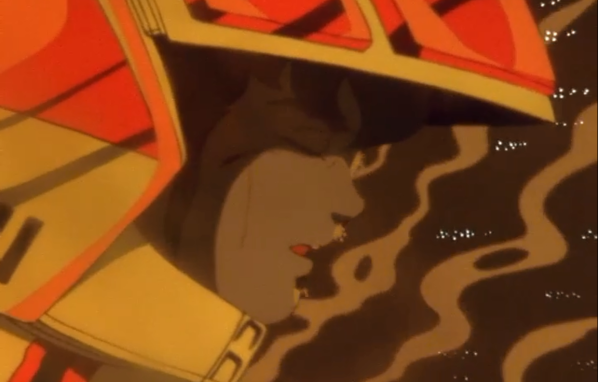 RANT: The hatred for Kaifun is legendary, and not without good reason. It’s hard not to loathe clueless Kaifun. He is a thick-headed sanctimonious simpleton full of misguided resentment who spews oversimplified extreme interpretations of complex matters, while outright shutting his eyes to what’s actually going on. “All war ever leads to is destruction”, so says the contemptuous pacifist who profoundly pauperizes his perfectly good values by pretentiously proclaiming such proverbial protestations perpetually in an imprudent manner. 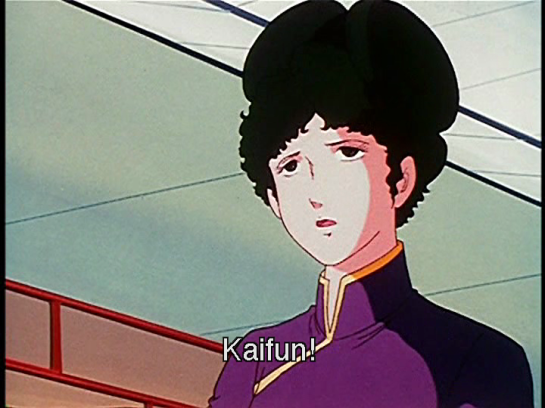 Apparently Kaifun needs both a history check and a reality check, since war, while terrible and often involves a great deal of tragedy, bloodshed and loss, has also led to numerous advances in technology, medicine, and even national/international relations. And as is the case a lot of the time, battles and wars are fought out of necessity, particularly when the infinitely more desired alternative (negotiations) falls through. Of course the preferable option is peace and understanding, but to disregard the many, many circumstances, decisions, and other factors that affect and potentially impede such things, is a perniciously pigheaded perspective and an especially blindly idealistic one at that.

However, while annoying, I will give Macross the credit that Kaifun does still manage to work as a foil to Hikaru and Minmay, especially in terms of being an obstacle for their romance. Also oddly enough, Kaifun acts as an interesting distinction between being pro-peace and anti-militaristic, as well as potentially being a commentary on the ever-present hopelessly hypocritical pestiferous pacifist found in any number of real robot shows. But the Zentraedi spies are another good contrast of set of values in how they come from an uber militant background and through exploring another’s culture (humanity) discover the wonder and joy of civilian life. Which I think does a far better job of driving the message home than Kaifun’s ceaseless combative caviling. /END RANT 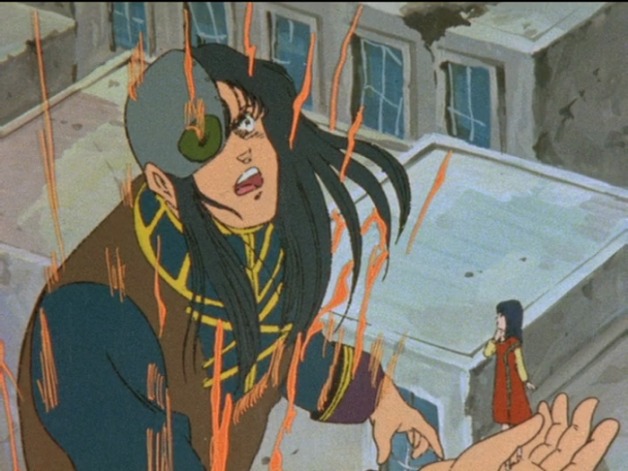 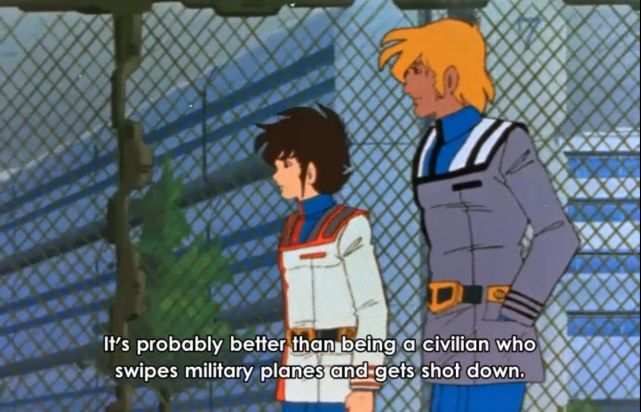 From dogfight to delusive dream, it’s interesting to see Hikaru reflect on his romantic and career flight paths as he recovers from his head trauma and potentially other indistinctly delineated wounds. Here he seemingly comes to realize his desire for Minmay’s affection (going by the reconstructed image of their almost a kiss moment together), and finally acknowledges Misa as someone significant to him after, in his eyes, somehow subtly slipping her way into his life. This is delicious love triangle fare without really being love triangle fare. 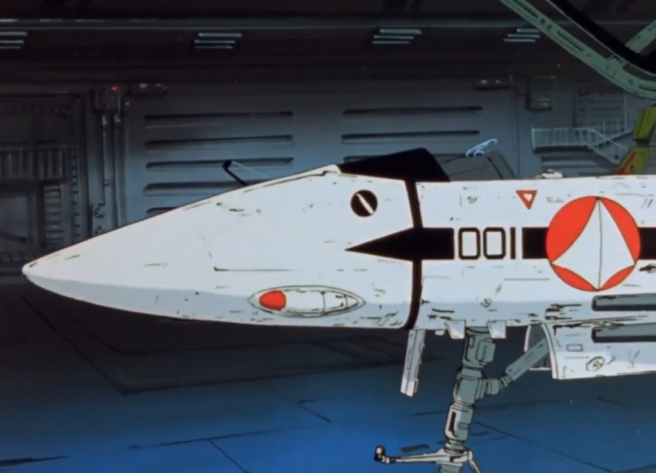 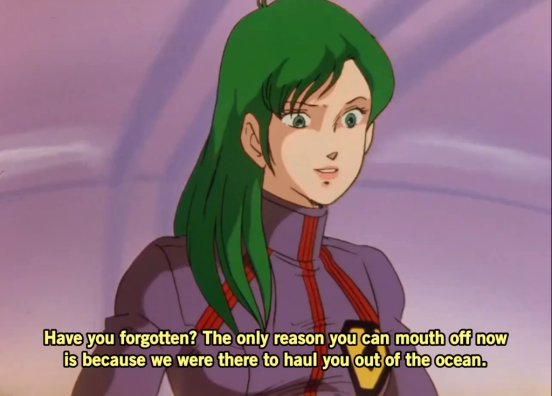 I… I can’t find the words anymore. 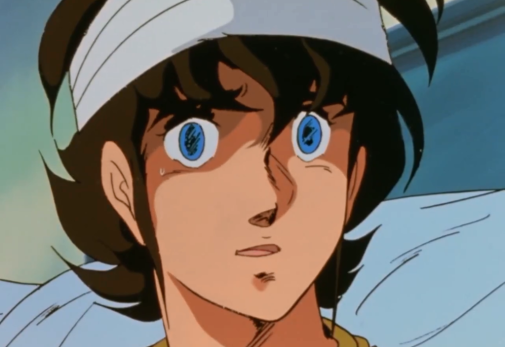