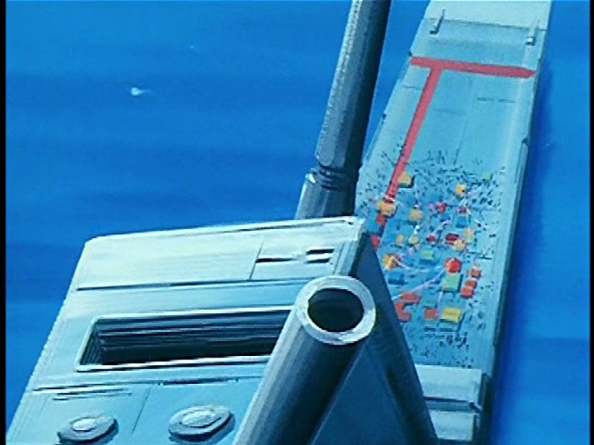 Been a while, I know. The gap between these posts is more reflective of my anime viewing habits (or lack thereof) than anything else. It’s here now though, and I hope you enjoy!

This was a nice session of episodes where everything has an unwinding feel to it and we got to see the characters just chill out and enjoy life for a while. There also seems to be set up for the next big events in the story occurring here as well. Looking forward to seeing how things will develop after this. 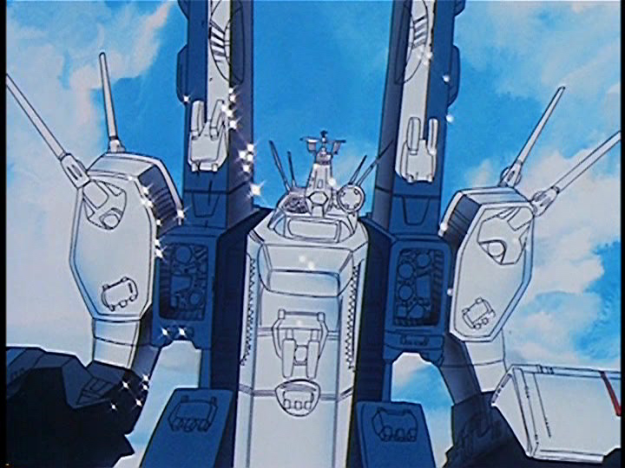 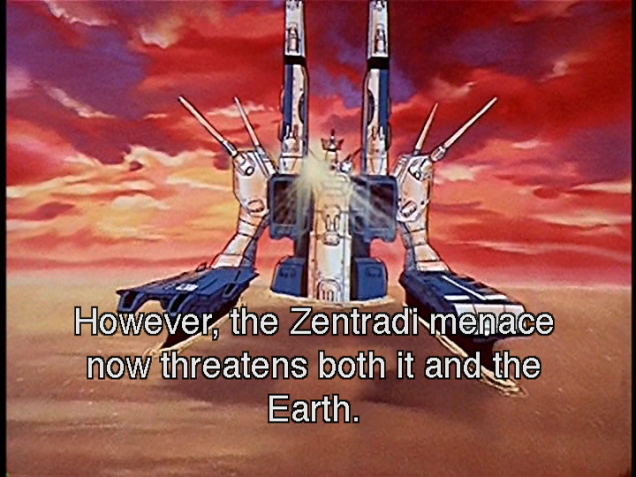 Here we see the spies (Conda, Warera, and Loli – yes, one of them is called “Loli”) beginning their infiltration and possibly integration onboard Macross. Coming from a race where culture is virtually non-existent, I find their reactions to humans and the civilian life of Macross City both interesting and hilarious. Something tells me they’ll find themselves so wovenly integrated into (and in-love with) culture that they’ll be playing defense for Earth when called upon by the Zentraedi.

Something else to note is how well adapted Macross has become over time; going from abrupt transformation sequence endangering the lives of all its civilians to establishing a system to help minimize the damage and significantly lower the chance of casualties; by way of making announcements to give people time to take shelter.

Minmay singing is bliss. I wish her and Hikaru the very best in their respective careers. That scene at the end where the Macross touches down in the ocean and everyone’s out on deck with the warm and welcoming sun in the background is one of the loveliest images I’ve seen from the show yet. More please. 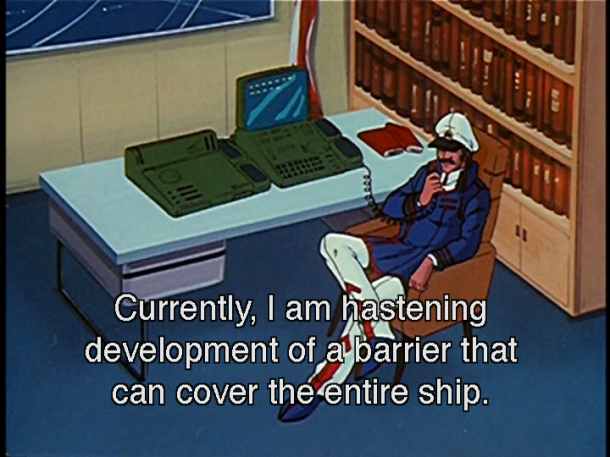 Captain Bruno is giving his report and- oh, I see what’s going on here; it’s a recap episode. And a very good one at that, surprisingly. Initially, you might think it’s a one-off excuse to do a recapitulation and spare some time for the team to work on the rest of the episodes. But as we’ll see in the next episode it’s actually a well justified tool to further the narrative insofar as informing the UN about all the things Team Macross has discovered and experienced, while evoking a well-deserved feeling of peacefulness in both Global and the viewer.

The way it’s delivered feels quite fitting and considering the amount that has happened in the show thus far, it’s a welcome break in the story. And if you’re like me and have a tough time keeping up, it’s a much needed summary of the events leading up until now. But since it is mostly just a clip show of all the previous episodes, there isn’t really much for me to say here. 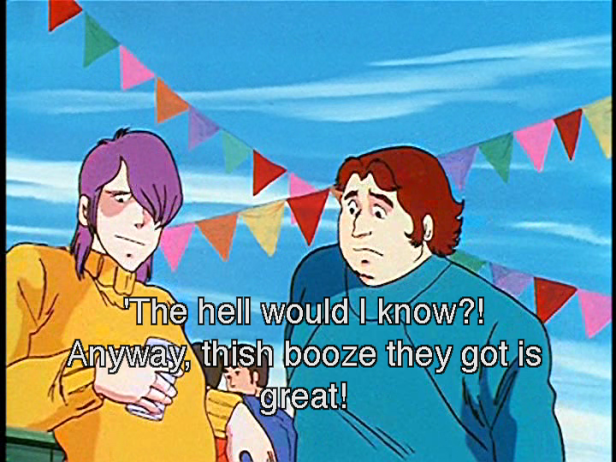 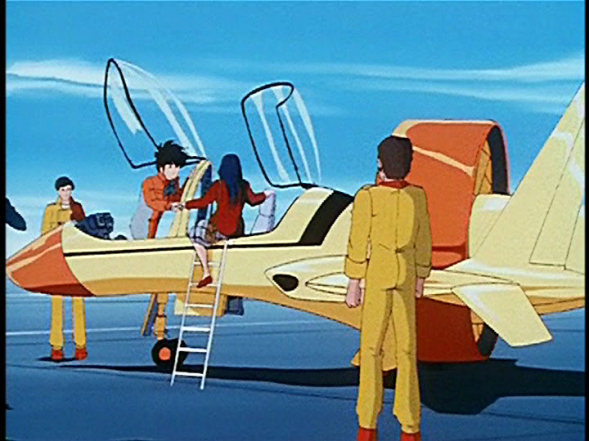 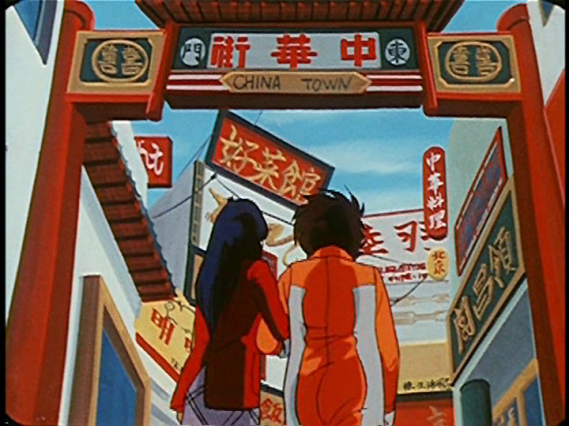 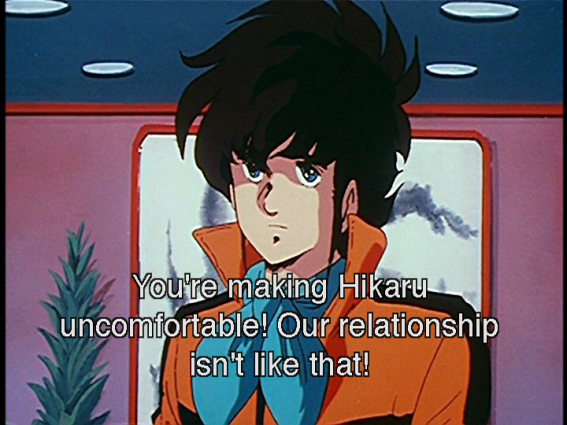 Gosh, it’s so awesome to be back on Earth. Everything looks so wonderful, and there are peaceful vibes throughout. I absolutely adored Minmay’s flight with Hikaru, and couldn’t get enough of Hikaru’s attitude this episode – laughed when he talked big to Kaifun and Minmay on the flight back. He seems to have developed a much stronger confidence. Hope to see more of this side of him onward.

The reveal about the Macross civilians being declared dead by the UN was quite the dramatic push. The scene where Misa is on the plane back and tears up the letter from her father begging her to leave the Macross for her own safety made the whole situation feel more personal. After assenting with the rest of the board about keeping the civilians on Macross and assuring that they’ve assessed it as a low-risk situation, her father secretly sends her this letter essentially contradicting the vote of confidence from earlier. And by tearing it up, knowing full well what it means to return to Macross now, Misa is pledging her life to help everyone involved in this (potentially) dangerous position. The dynamics here are fantastic.

It’s at this point I feel that the show has opened up my heart and filled it with a special bundle of love that I find difficult to express. I can feel myself turning into an unapologetic Macross fan. Maybe it’s Hikaru’s happy-go-lucky attitude. Maybe it’s Minmay’s singing. Or maybe I’m just charmed by the humbleness of it all.

Or maybe it’s the robots and space battles.

I defer to ghostlightning for more on the these set of episodes, since I didn’t have all that much to say this time around and he’s far closer to an expert on the show than I’ll ever be [->]