I’m only two episodes in, and this type of show (Iyashikei) generally isn’t my thing. But by god, Yuru Camp is charming the hell out of me right now.

I’m not fond of the great outdoors. By which I mean anywhere that’s a long ways away from places with the standard of sanitation a germaphobe like me requires to always be in the vicinity of, or I won’t be able to focus much on anything else. So, it was reassuring to see the camping in this show take place not that far out from regions that accommodate this. Not that it would have bothered me here regardless, since it’s not me in the situation, but instead cute girls making the whole thing actually look like a lot of fun. 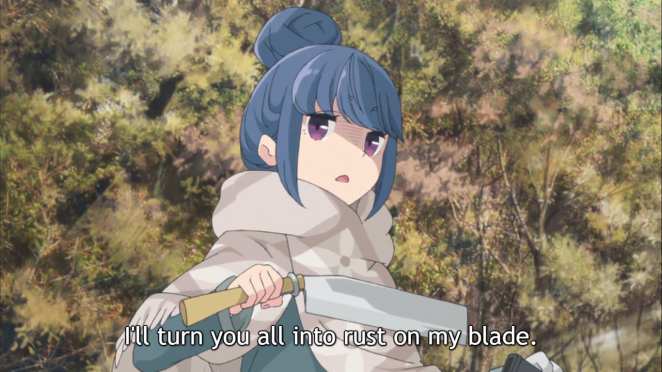 Rin makes even the most mundane tasks seem potentially pleasant, despite her reluctance in putting together a fire, having already gotten comfortable in her chair, but eventually succumbing to the cold and doing it out of necessity to regain warmth. Very small things like this; seeing the tiresome process of gathering, breaking up, chopping, and lighting firewood and the end result being the satisfaction of the person feeling cozy again evokes a similar sensation in the viewer. In spite of our inexperience with the hobby, we are able to share in the struggle and reward the characters go through because of how well the course of actions and atmosphere are presented.

Then you have Nadeshiko, who is the perfect vehicle for getting the viewer interested in camping, because she’s a newbie who becomes super excited after one night of being constantly amazed by the wonderful delights the pastime has to offer. Her simple-minded enthusiasm and immediate adoration of camping is infectious and makes the prospect of the whole venture seem not only doable, but possibly enjoyable for anyone who felt swayed by Nadeshiko’s doe-eyed glee. Yes, it’s really the characters that sell the whole idea of going out and trying it out for yourself. Not just their personalities, but how they’re dressed appropriately for the weather and react naturally to the environment around them.

It’s still hyper-realised, of course. But there is a palpable sense of authenticity being expressed here. The show isn’t trying to cover up the fact that this avocation requires knowledge and work for one to achieve the satisfaction that goes with camping. No, they put it all on display, both the good, enjoyable parts and the not so good exercises necessary to reach the relaxing and pleasurable elements of the hobby. It’s a lot more satisfying when you put the work in and feel a sense of accomplishment for your efforts, right? 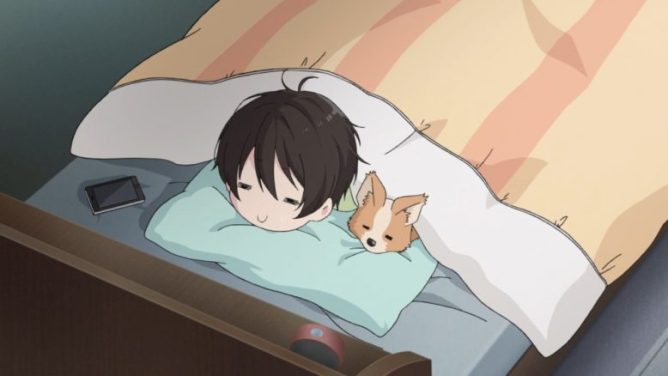 That said, I don’t see myself going camping anytime soon.